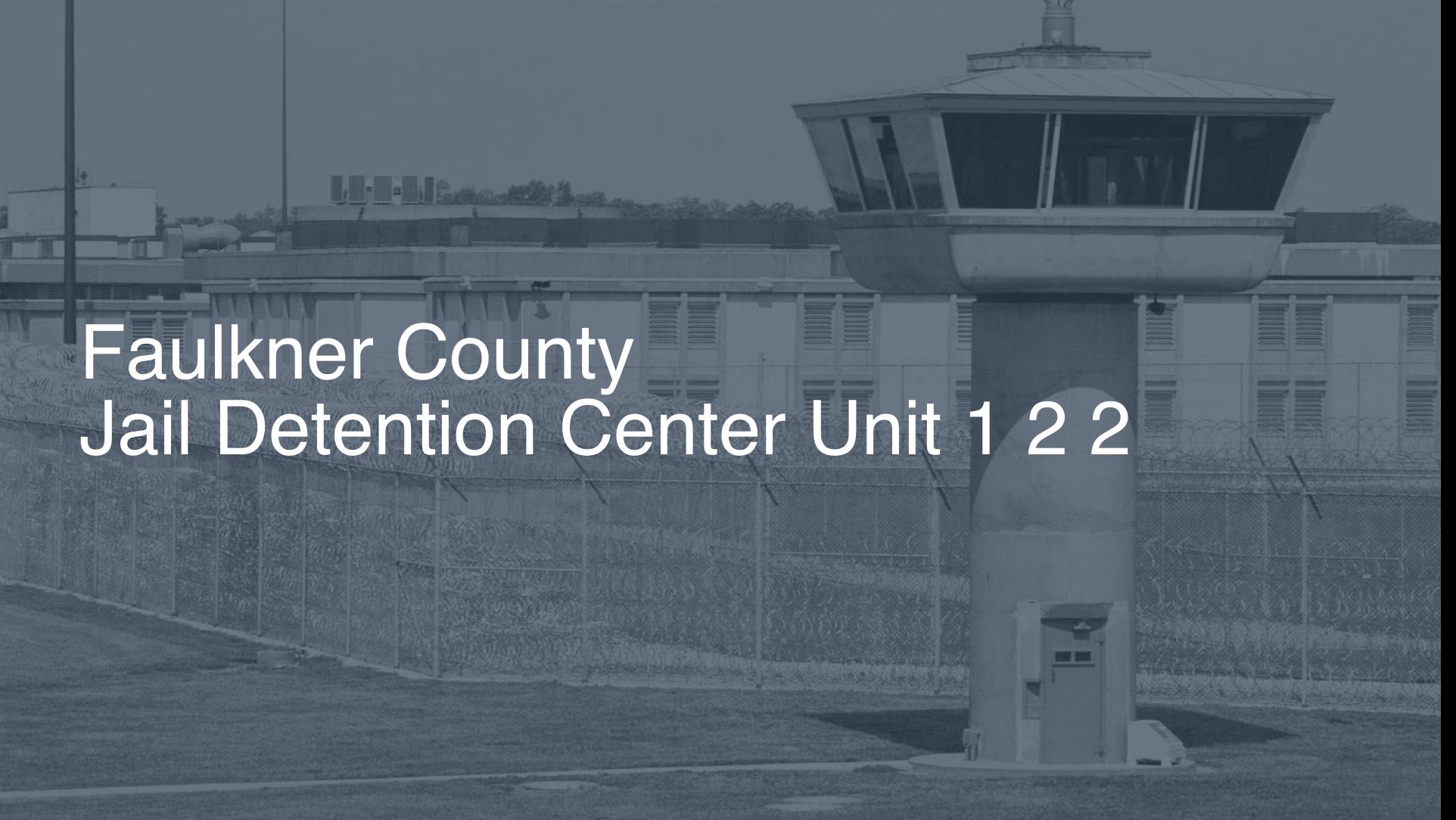 To connect with an inmate here, you can use Pigeonly Inmate Services for a Free Arkansas Inmate Search.

With Pigeonly ‘Inmate Locator’ families of an Inmate can learn in which facility their Inmate is placed. Faulkner County Jail & Detention Center (Unit 1 & 2) has an ‘Inmate Roster’ where you can search your Inmate by their first or last name. With Inmate locator you will get all the details of your Inmate, their current status when they will be released. Check with your Inmate the visiting hours and you can place a request to visit. The ‘Inmate Roster’ list is updated regularly. Families can check on Faulkner County Jail & Detention Center (Unit 1 & 2) Inmate Roster when an Inmate is moved to another facility and if any new detail is added. With Lyon County ‘Jail tracker’ families can easily track the status of their Inmate. Contact Pigeonly to know more about Inmate Roster.

This inmate is currently located at Faulkner County Jail & Detention Center (Unit 1 & 2) in Conway, Arkansas. The address to this facility is: 801 Locust Street, Conway, AR, 72032. The amount of time an inmate is required to serve on their sentences can be a little as one year or much as several years.To learn more about this correctional institution, please visit our Prison Locator Page.

Before heading to visit a loved one at Faulkner County Jail & Detention Center (Unit 1 & 2), it's a good idea to confirm that your are on your loved ones approved visitation list. Easiest way to do that is by contacting the facility and asking them if your visitation is approved. If you're wanting to visit you can't have a felony and government ID must be up to date. If your age is 16 and below you must go with a legal guardian so that you are accepted.

It's no secret that whether you're receiving federal inmate calls, state inmate calls, or Faulkner County inmate calls, the cost to stay connected to someone imprisoned is expensive. With some calls Even worse, it's usually close friends and family that are left paying for these inflated inmate phone costs.

Prison commissary (also sometimes referred to as inmate canteen) is a store for inmates housed within a correctional facility. While the very most basics may be provided for by a given correctional department, there are also other important goods/services that Arkansas prisoners and inmates must buy. For instance, supplies such as supplementary food, female hygienics, books, writing utensils and a plethora of other things are examples of things that can be purchased as part of an inmate commissary packages for goods.

While methods vary from state to state, you have quite a few options to make jail deposit. Each county jail in Arkansas, Arkansas Department of Corrections facility, Federal prison, and all local jails have their own sets of procedures. Be sure to familiarize yourself with applicable rules and regulations regarding how to set up an inmate trust account. Faulkner County commissary, Federal Commissary, and Arkansas prison commissary prices and Arkansas prison commissary list may also vary.

How to Send Money to an Inmate in Arkansas

How to send money to an inmate in a Faulkner County jail, Arkansas prison, and federal prison

For help with adding inmate funds for inmate calling, you can use our Pigeonly service. We'll we help you through the process to send inmate money in Arkansas. For just $4.99 /month, after you add funds to an inmate account, you can have unlimited inmate calling through Pigeonly Voice. We have helped save families millions in cheap inmate phone calls and can help you save as much as 70% on cheap inmate calls. Simply give us a call for Pigeonly Cheap Inmate Calls – 1-800-323-9895.

We've spent years building out the most robust prison inmate locator in the industry. So whether you're looking to do a free Arkansas Inmate Search / Arkansas Inmate Lookup, Faulkner County Jail & Detention Center (Unit 1 & 2) Inmate Search, Faulkner County inmate search, find an inmate in California, or Federal Prisons in Florida, we've got you covered. We also work with all facilities in each State's Department of Corrections to tell you who's in jail. The jail view that we're able to get with our offender lookup tool has allowed us to build and service our customers in ways that put inmates, friends, family members and other loved ones first. To learn more, visit us here: Pigeonly – Inmate Search, Find, & Connect With Our Inmate Services